Your cart is currently empty

WOODY our very own T-Rex 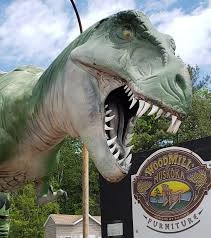 This land, not so very long ago, was ruled by the giant t-rex, one the largest of the dinosaurs and the most feared.  They were taken very seriously and were not a creature to be taken for granted.  Over time, they died off, one by one, and became nearly extinct.  There are only a few of them left that roam freely across this land and one has migrated his way from London area and made the Woodmill of Muskoka his home.   We noticed him lurking in the bushes about 20 years ago and after a year or two and a few tasty tourists he has become quite the attraction.  We had to tranquilize him when the dentist came a few years back to give him a new smile and again when he had surgery on his knees in 2018.  Lovingly named "Woody of the Woodmill", he has been in many movie appearances, national t.v., advertisements and videos. He has over the years become a landmark for young and old alike, letting them know they are getting closer to their destination, or have arrived at the Woodmill of Muskoka. Frequently spotted hanging out near our giant Muskoka chair, many passersby’s use this as an opportunity for a quick photo shoot. Woody, as vain as he is, loves seeing himself in pictures, so we have created this spot on the website as his personal photo album.  To share your special moments with Woody, please email, Facebook, or Instagram us your photo and we will post it here for Woody (and others) to see. 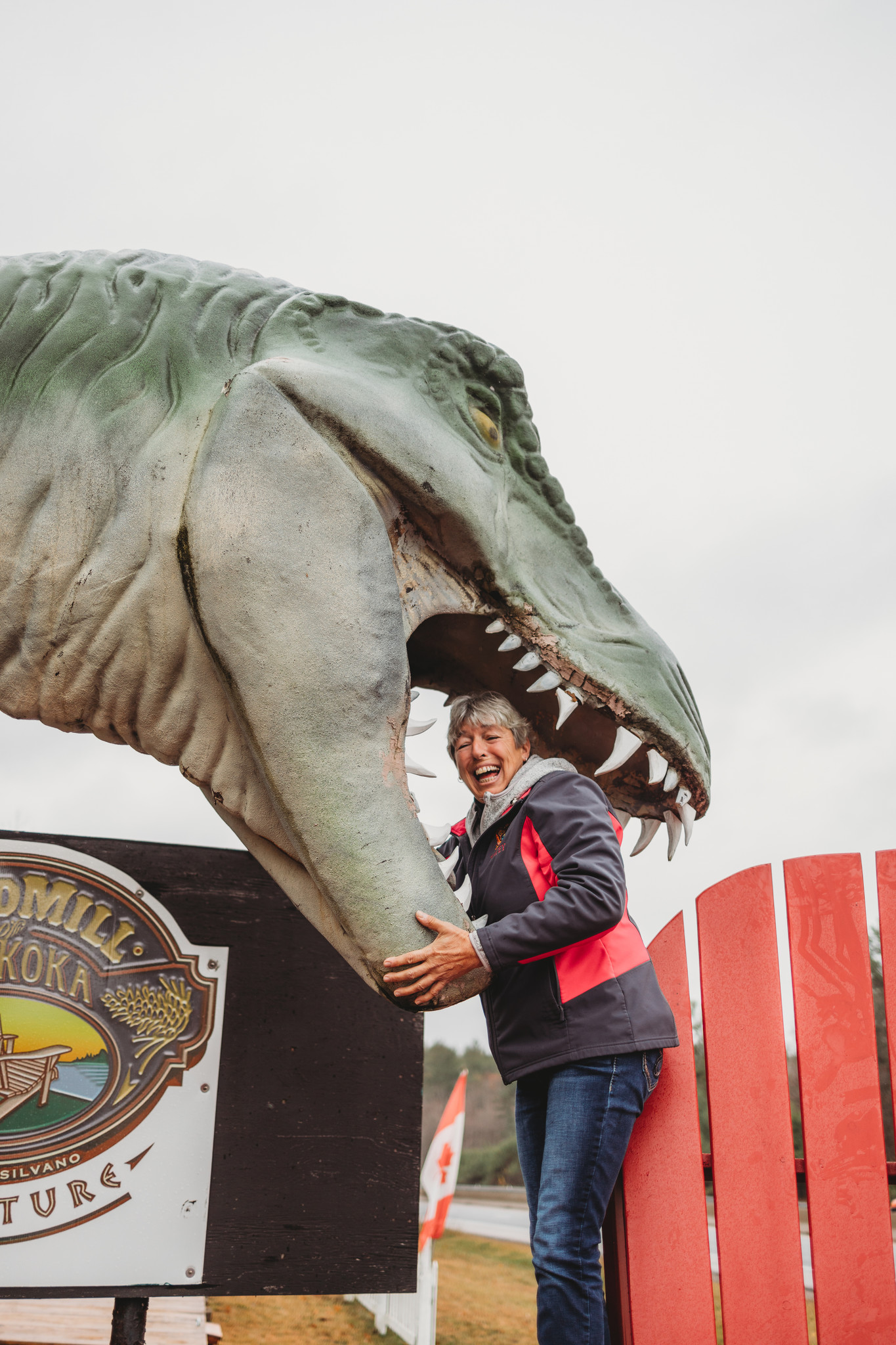 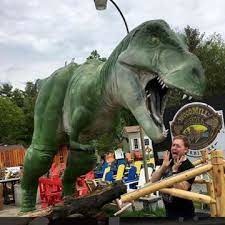 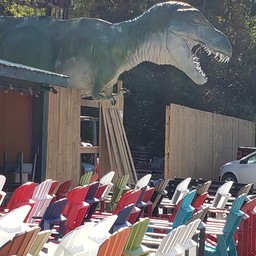